For six years now the civil war in Syria has raged on and sent millions of Syrian families running from their homes in search of safety. It has caused a refugee crisis on a scale unseen since the Second World War. Despite this, however, it is all too easy to allow this terrible crisis to escape your attention. In an attempt to combat this crisis fatigue, Google and the United Nations High Commissioner for Refugees (UNHCR) have teamed up to create Searching for Syria.

The idea behind the project is to highlight what people around the world are searching for relating to the war-torn nation. The site highlights the top 5 Google search queries and then presents data and results relating to each one. Everything is presented in a very visual manner, and often the results can be quite surprising. 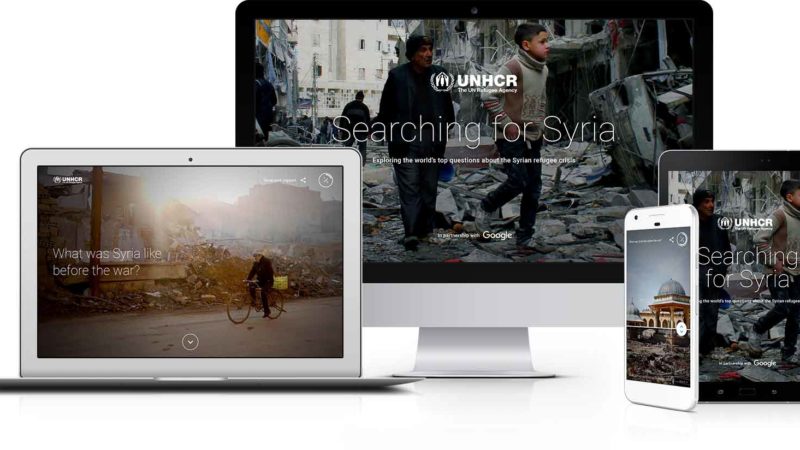 As well as being surprising, sometimes Searching for Syria can whip up emotions and can be quite distressing. This is all part of the plan of course, and it is a plan that has been executed well. As well as graphs showing the impact of the war and Syrian search terms highlighting just how similar the average Syrian family is to the rest of us, Searching for Syria includes tours of vibrant parts of the country before the war destroyed them.

All the questions presented on the site are the most searched Google terms from around the world. The final question “How can I help Syrian refugees” offers three important ways for people to get involved and help deal with the crisis.

Take some time to check out Searching for Syria. It will touch and move you, and it may just break your heart. It is good to see tech companies taking the lead and teaming up with the UN to try and sort out some of the problems facing humanity.

We hope to see more initiatives like this one in the future.